Do you remember the early days of Facebook? When we used to ‘Become a fan’ of Pages, ‘Poke’ each other and write on each others’ Walls?

So much of Generation Y and Z’s social etiquette has been influenced by the way we behave on Facebook. Who would have thought the letter K could cause so much damage in a Messenger conversation? And if your best friend doesn’t like your new profile picture, it’s basically friendship over.

We took a walk down memory lane and reminisced about all of those Facebook changes that at the time, ruined our lives but then a week later we completely forgot about them. I thought the world was ending when Facebook removed the ‘Become a fan’ button in 2010 and replaced it with the ‘Like’ button. So-much-so, I boycotted it for a good month back in my Year 11 days. Now, I’m seriously regretting becoming a fan of Pages such as “The sexual tension between Jemima and Big Ted” and “The ‘Dun Dun’ sound in Law and Order”. I wonder where the admins of these Pages are now?

In 2011, Facebook forced us to switch from our traditional Wall to a new Timeline view. I can still remember the hate-filled statuses. For someone who doesn’t like change, this one was a tough one to overcome.

Gone are the days of writing on each others’ Walls as everyone gradually migrated to Chat (now Messenger). Now the most important thing to us all is a profile picture with tonnes of Likes and the perfect cover photo to match.

Every News Feed change EVER

There were too many News Feed appearance changes to count, but each and every single one of them made my blood boil. Here are some of the major ones… 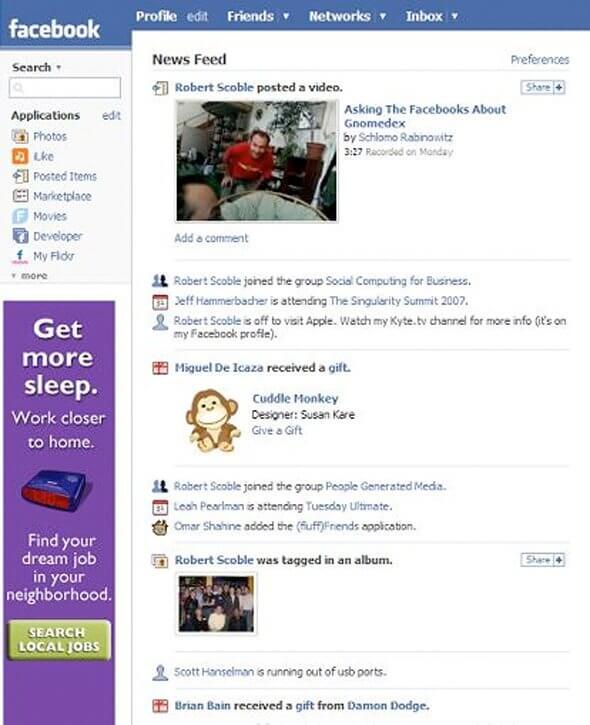